In Sweden during the late nineteenth and early twentieth centuries, hunting red deer and Roe deer was very difficult due to terrain and herd locations. It was because of this, hunters soon realized the benefits of using this short legged, long bodied dog with high endurance to drive the deer over the long distances and rough terrain right to them. The Drever is descended primarily from the Westphalian Dachsbracke dating back to the 1850’s.  The first Drevers were registered with the Swedish Kennel Club in 1913 and were larger than their German ancestors. In 1947, to differentiate this well established Swedish line, its name was officially changed to Drever. The breed was named Drever because of their high endurance hunting and ability to drive prey through the difficult terrain. The discovery of just how versatile this breed is and how well they work with most quarry such as fox, rabbit, deer, and raccoon has made the Drever Sweden's most popular dog to this day. They are as popular and utilized as much as Labrador retrievers and Beagles are here in the USA.  The Drever has been recognized by FCI since 1/4/1955. In addition to huge popularity in Scandinavian and FCI countries, the Drever has found its way to North America via Canada and was recognized by the Canadian Kennel Club 1/1/1956. In 1996 The United Kennel Club also added them. The Drever is a well-structured, powerful, compact and long bodied dog. It carries itself proudly and is very agile and has an amazing amount of stamina, which makes it ideal for hunting over long distances. Considering the short stature of the Drever, it is remarkable the amount of speed they possess enabling them to keep up with a variety of quarry. The Drever doesn’t “bay” like some hounds, but it does have a distinct continuous alert that is generally different and higher pitched than their normal stranger-danger bark. This sound carries very well over the long distances they hunt. They are well suited for both extreme cold and warmer climates. The Drevers’ coat is smooth, harsh and has specific white markings on their tip of tail, all four feet, chest, neck and face. As long as these markings are found they can come in any color except all white and liver brown. The white markings are actually very functional and important for their hunting. Being well acclimated for hunting in all climates, the flashes of white show well in underbrush during the summer months and the other colors flash in the snow allowing the hunter to spot the dog and prey when nearby. The Drever has a very keen nose. Even with the hunting instinct being extremely active, they are a well-balanced and sound dog and content in whatever the family is doing. Their gentle nature makes them a wonderful companion and family member and get along well with other dogs. The Drever is a unique hunter and we look forward to introducing this amazing, versatile dog to the United States. They are a very functional and useful dog and make amazing family members.. 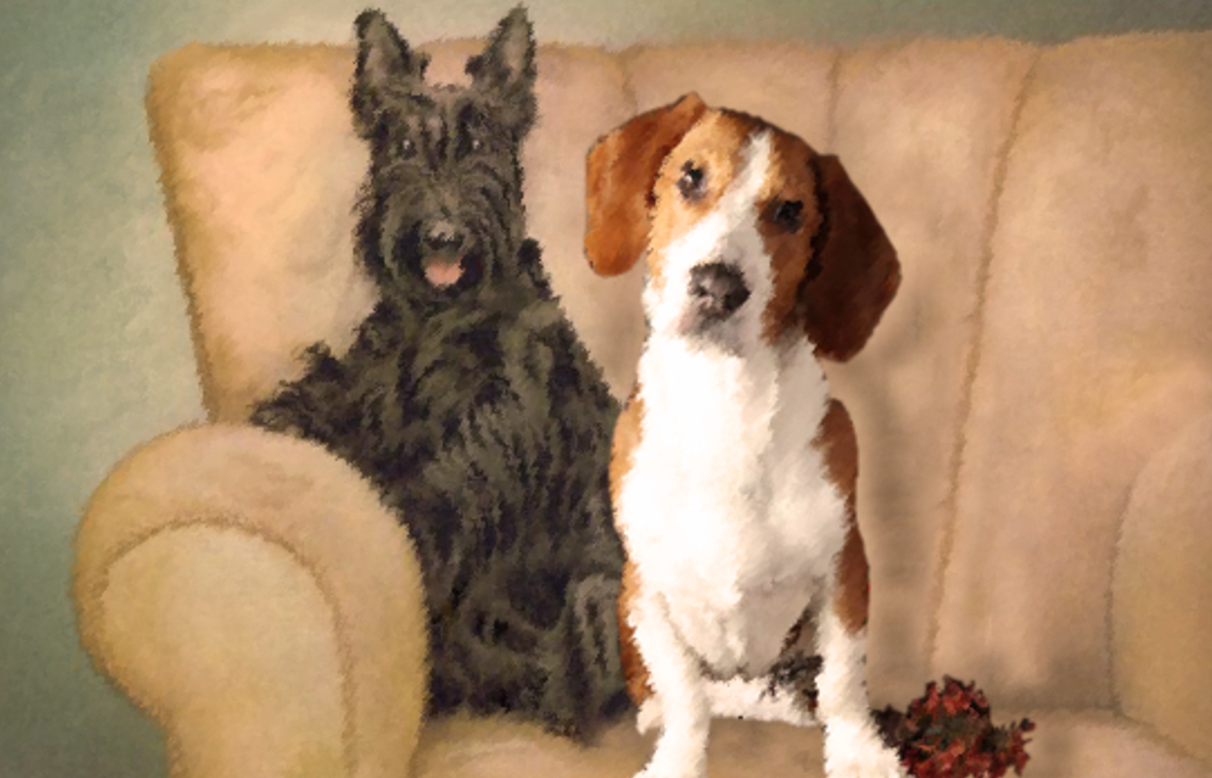